Known for a multitude of optimization and security utilities for Windows, Mac and mobile platforms, Systweak Software have added another practical feature in their Windows tool Duplicate Files Fixer. With the new feature, Duplicate Files Fixer can now scan Dropbox accounts of users to remove unwanted copies of files.

As suggested by the name, Duplicate Files Fixer allows users to scan and locate any copies of files on their computer, so that these copies can be deleted to retrieve storage space. With the Dropbox scanning added, users can now also remove duplicate files so they do not take up valuable storage on cloud. Listed below are some of the major features of Duplicate Files Fixer tool.

“Adding more features to our top products might sound like fixing something which isn’t broken. But improving the scope of a product’s utility is also important and hence the new addition of features is extremely essential with our products. The addition of this new Dropbox module not only provide cloud users to keep their accounts free from unnecessary junk but also helps them save space and money they’d otherwise spend to extend their storage space,” Said Mr. Shrishail Rana, CEO & Founder, Systweak Software.

“With Google Drive already added to the list, it was imperative that we also provide Dropbox users a way to get rid of duplicate files they accidently uploaded on cloud. Hence the new feature will provide users with even more options to retrieve storage space whether it’s their computers or cloud. It was a highly demanded feature and it was only a matter of time before we decided it should be implemented for good. We hope our users find this feature helpful and continue to be benefitted by our products,” Said, Mr. L.K. Sharma, Vice President, Systweak Software.

About the Company: Systweak Software has been developing and distributing Windows, Mac, iOS, and Android apps for the last 22 years to improve the average user’s digital experience. The company has recently been featured in the “100 most promising Microsoft Solutions Provider” list by the enterprise solution magazine CIOReview. Some of the company’s flagship products have been featured on Newswatch, Discovery Channel’s tech news bulletin. Systweak Software has a large user base in North America followed by several countries in Europe and Asia. 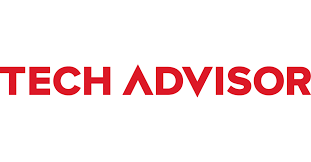